Page View:
Site View (Blog Template):
JUST A SIMPLE INTRODUCTION
WHAT’S THIS mAh?
SOME VERY FIRST, AND OBVIOUS, TIPS
DID YOU SAY DAMAGE TO YOUR BATTERY?
MORE ON DAMAGE AND CYCLE LIFE
LIARS, LIARS AND BATTERY SUPPLIERS
I WANT AN HONEST DAY OF BATTERY USAGE
YOUR BATTERY; YOUR ANXIETY
WHY ARPA-E HAS GOT IT WRONG?
THE BATTERY CONUNDRUM OF MOBILE DEVICE MAKERS
DID YOU KNOW…?
A PEEK INSIDE A LITHIUM ION BATTERY
WHAT IS A BMS?
WHY IS CHARGING WITH CCCV BAD?
WHAT’S THIS STEP CHARGING?
THERE IS NO SUCH THING AS A FREE LUNCH!
MEDIA AND BATTERIES: MANIA OR EDUCATION?
YOUR GUIDE TO SELECTING A MOBILE BATTERY
I WANT MORE BATTERY CAPACITY IN MY SMARTPHONE
WHAT’S THIS FUSS ABOUT CHARGING?
DECIPHERING CLAIMS OF CHARGE TIMES
WHICH SMARTPHONE CHARGES THE FASTEST?
KIDS, DON’T DO THIS AT HOME!
THE BATTERY INDUSTRY IS HITTING THE WALL!
WHAT HAPPENS AFTER 80%?
HOW TEMPERATURE WREAKS HAVOC ON YOUR BATTERY
STANDARD GAMES BATTERY VENDORS PLAY
HOW DOES A FUEL GAUGE WORK?
THE DIFFERENT SHAPES OF A BATTERY…
COST, COST AND COST
A PEEK INSIDE THE BATTERY OF A TESLA MODEL S
ELECTRICAL CHARACTERISTICS DURING CHARGING
THE SCIENCE BEHIND WHY THE BATTERY VENDORS ARE HITTING THE WALL
WHY IS FAST CHARGING SEEMINGLY DIFFICULT? OR IS IT?
I WANT TO CHARGE WITH A SOLAR CELL – OR NOT!
DON’T ALWAYS TRUST YOUR ENGINEERS
CHEATING THE REPORTED CHARGE TIME
WHAT IS QUICK CHARGE 2.0 FROM QUALCOMM?
THE BATTERY SCANDAL OF THE BOEING 787
WHAT ARE THE REAL 0% AND 100% POINTS?
LCO, LFP, NMC… CRYPTIC LIVES OF THE CATHODE
WHY STEP CHARGING IS MISLEADING
ARE LITHIUM ION BATTERIES BECOMING UNSAFE?
YOUR BATTERY IS FINE, YOUR APPS ARE NOT!
LITHIUM IS GOLD
…AND THE SURVEY SAYS:
THINNER IS NOT BETTER
THE LITTLE COMPANIES THAT COULD
THE BATTERY COMPROMISES OF MOBILE DEVICE MAKERS
MOBILE USERS: REBEL AT THE BATTERY COMPROMISES
THE RISE AND FALL OF A123 SYSTEMS
YOUR MOBILE FAST CHARGING OFFICE AT YOUR FINGERTIPS
HOW YOUR BATTERY DETERMINES YOUR PHONE’S FASHION
MOBILE WORLD CONGRESS… WHAT IS THAT?
AT MWC 2015, BATTERIES & DESIGN ARE KINGS
SOLID-STATE THIN-FILM BATTERIES… WHAT ARE THEY?
UNDERSTANDING POWER USAGE IN A SMARTPHONE
SAMSUNG, BE HONEST IN YOUR MARKETING CLAIMS
THE ANATOMY OF AN IPHONE 6
WHAT IS CELL BALANCING?
LIAR, LIAR, PANTS ON ULTRAFIRE
YOUR WATCH BATTERY IS REALLY CHALLENGED
WHY I WILL NOT BUY THE TESLA POWERWALL SOON
ON MOORE’S LAW AND SNAIL’S LAW
ON THE EFFICIENCY OF BATTERY-POWERED VEHICLES
MARY MEEKER AND THE BATTERY
THE INNER SANCTUM OF A BATTERY & FAST CHARGING
AND THE MAGIC NUMBER IS 3K
INSIDE THE BATTERY OF A NISSAN LEAF
REVIVING A DEAD BATTERY, REALLY?
IS THERE ENOUGH LITHIUM?
LET’S TALK ABOUT THE WAIST
LITHIUM PLATING IS IMMENSELY HAZARDOUS
QNOVO QNS and QUALCOMM’S QUICK CHARGE 3.0
LET’S TALK ABOUT ENERGY DENSITY
WOULD 007 DRIVE AN ELECTRIC CAR?
THE FINANCIAL DILEMMA OF BATTERY MANUFACTURERS
THREE DISCOVERIES THAT REVOLUTIONIZED Li+ BATTERIES
CAN I FAST-CHARGE MY TESLA OR EV?
HOVERBOARDS ARE CHALLENGING BATTERY SAFETY
THE RACE FOR AUTONOMOUS ELECTRIC VEHICLES
THE COST COMPONENTS OF A LITHIUM ION BATTERY
THE MEANING OF ADAPTIVE
ADAPTIVITY APPLIED TO LITHIUM ION BATTERIES
WHY CONSUMERS BITCH ABOUT BATTERIES
SONY XPERIA INCORPORATES QNOVO TECHNOLOGY
ELECTRIC VEHICLES STILL NEED EXPENSIVE GAS TO THRIVE
CHARGING THE SAMSUNG GALAXY S7 EDGE
FIVE COMMON MISCONCEPTIONS ABOUT Li+ BATTERIES
CHARGING THE GALAXY S7
CARMAKERS WILL NOT FEAR EVs FOR SEVERAL MORE YEARS
IT’s ABOUT TIME WE DISCUSS SAFETY
WHERE CAN I BUY SOME LITHIUM ?
WHAT IS THE INTEREST IN ENERGY STORAGE?
THE CHANGING NATURE OF THE FUTURE ELECTRIC GRID
BATTERY AGNOSTIC = BATTERY ILLITERATE
YOUR MOBILE DEVICE NEEDS TO SLEEP TOO
WHAT POKEMON & TWITTER HAVE IN COMMON
CONFUSING POWER
THE STATE OF THE LITHIUM ION BATTERY
MAKING SENSE OF 100 KWH
IT’S EASY, BUT NOT RIGHT, TO PICK ON SAMSUNG
THE REAL SCIENCE BEHIND BATTERY SAFETY
THE PERILS OF 4.4 VOLTS
AN INTUITIVE LOOK AT ELECTROCHEMICAL IMPEDANCE SPECTROSCOPY (EIS)
BATTERY SAFETY WITH FAST CHARGING
MANUFACTURING DEFECTS YOU DON’T SEE
CHINA CALLING
TRANSLATING WHAT SAMSUNG SAID ABOUT THE NOTE 7
FOOL’S OVERTURE
THE YEAR THAT ELECTRIC CARS WILL ECLIPSE SMARTPHONES
HOW YOU CHOOSE YOUR SMARTPHONE DRIVES THE BATTERY
WHAT THE LABEL ON A LITHIUM-ION BATTERY MEANS
DEMYSTIFYING CHARGE TIMES
VOLTS THAT WILL ZAP YOUR BATTERY’S LIFE
QNOVO ADAPTIVE CHARGING IN THE LG V30 SMARTPHONE
NEW SMARTPHONES PUSH THE BATTERY LIMITS
THERE WILL BE NO TRUE ELECTRIC VEHICLE MARKET WITHOUT FAST CHARGING
EXPLAINING WHY APPLE MUST SHAMEFULLY THROTTLE OLD iPHONEs
5G = GLOBAL, GREAT, GALVANIZING, GRAVE, GRUELING
SHOULD I CHARGE MY BATTERY TO 100% ?
WE ARE NOT TAKING BATTERY SAFETY SERIOUSLY
WHY IS PHONE BATTERY LIFE GETTING WORSE?
WHAT IS A SOLID STATE BATTERY?
BATTERY HEALTH & SAFETY IN YOUR 5G PHONE
DON’T GAMBLE AWAY THE SAFETY OF YOUR SMARTPHONE AND YOUR BRAND
REINVENTING THE WHEEL
SO YOU WANT TO START A NEW BATTERY COMPANY
COUNTERFEIT BATTERIES
IMAGINE YOUR LIFE WITHOUT A BATTERY !
ELECTRIFYING EVERYTHING IN THE 2020s
WHY DOES THE PORSCHE TAYCAN USE 800-V BATTERY PACKS?
BATTERY SAFETY & LONGEVITY: 4 RECOMMENDATIONS RIGHT NOW
WHAT WE LEARNED FROM 100M SMARTPHONES
ENERGY DENSITY: GETTING TO LONGER DRIVING RANGES
BATTERY MANAGEMENT IS DISRUPTING THE VALUE CHAIN IN ELECTRIC VEHICLES — PART 1
BATTERY MANAGEMENT IS DISRUPTING THE VALUE CHAIN IN ELECTRIC VEHICLES: THE CHANGING SUPPLY CHAIN — PART 2
BATTERY SAFETY IS THE ELEPHANT IN THE ROOM…MAKE IT A FRONT-AND-CENTER PRIORITY
THE SUN WILL RISE FROM THE WEST: PREDICTIONS FOR 2022
LIAR, LIAR, BATTERY SUPPLIER! REALLY?
THE ROLE OF BATTERY ANALYTICS – PART I
THE ROLE OF BATTERY ANALYTICS – PART II
WHY IS FUEL GAUGING DIFFICULT IN LiFePO4 (LFP) BATTERIES?
2023 PREDICTION: THE YEAR OF BATTERY SOFTWARE
« Previous
Next »
August 16, 2022 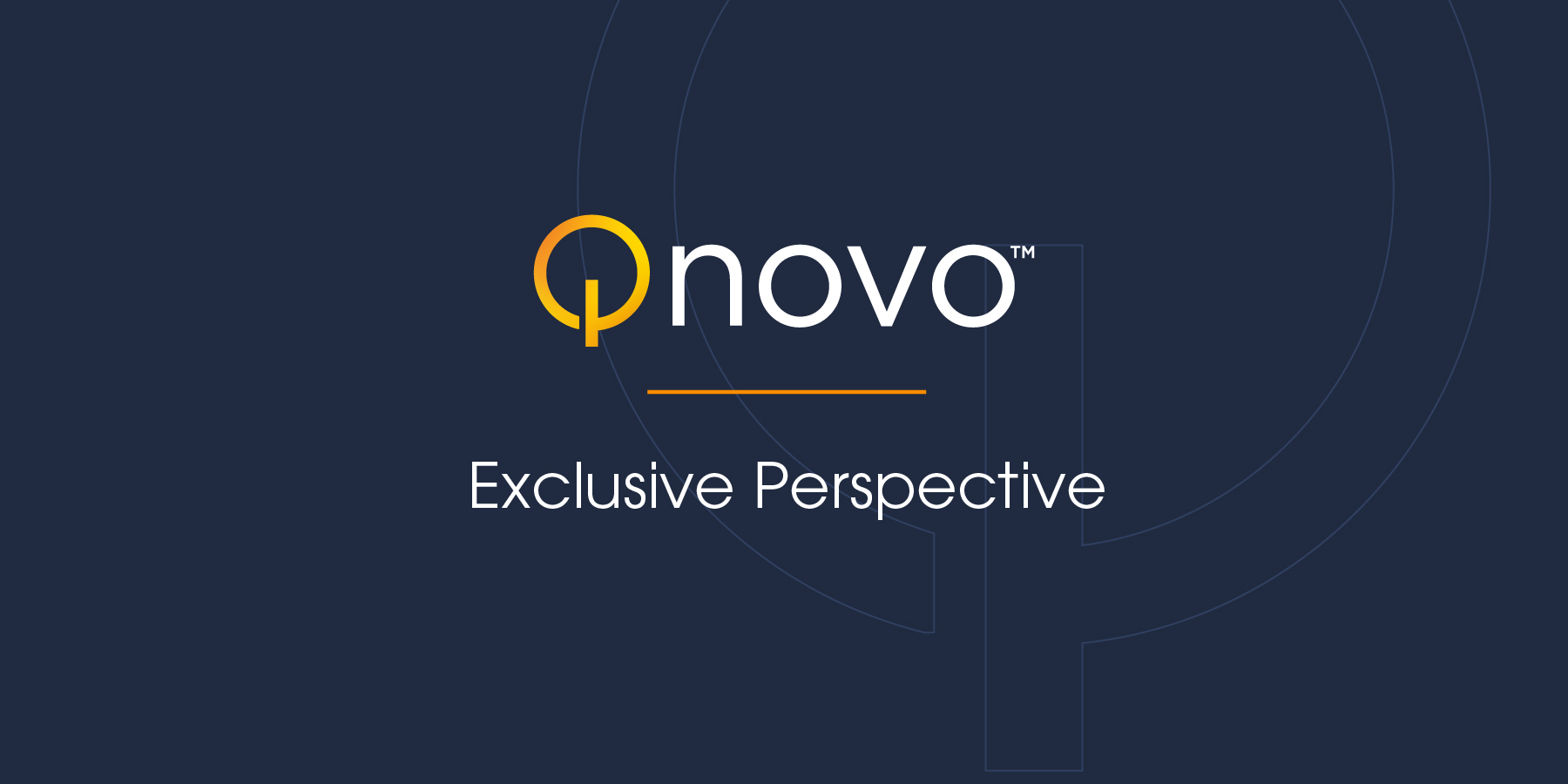 The lithium-ion battery should be a simple device. After all, it has only two terminals: one positive and another negative. Yet, this statement can’t be farther from the truth!

The operation of a lithium-ion battery is governed by fundamental scientific principles – many of them covering physics and electrochemistry (that’s the science tying electricity and chemistry). For instance, the basic energy storage mechanism discussed in Part I relies on the diffusion of lithium ions into the anode – sometimes known as Fick’s law in physics. The dependence of many of the battery’s properties on temperature follows specific scientific principles such as the Arrhenius equation. In other words, the battery’s functionality and aging are subject to deterministic equations – not a set of random processes.

Naturally, differences in manufacturing and in usage patterns reflect as statistical deviations in functionality and aging. For instance, process variations in the manufacturing of the anode will result in variability in the temperature coefficients of the battery’s structural materials. Hence, an effective approach to understanding the battery’s behavior combines both fundamental scientific principles and targeted statistical data analysis.

Fundamental scientific principles lend themselves to models. Models are helpful in science - they help us understand what goes under the hood to optimize the battery’s functionality, as well as make predictions, or estimates, of future functionality. Historically, engineers modeled batteries as equivalent electrical circuits – a combination of resistors, capacitors and even some coil inductors. Such models can be effective, but they neglect to consider non-linear physical and electrochemical processes within the battery. For instance, the formation of lithium metal dendrites (see Part I) is a highly non-linear electrochemical process that is poorly modeled using circuit elements. Consequently, understanding aging and failure requires a separate set of electrochemical models, i.e., models that capture the physics and electrochemistry within a lithium-ion battery, often in three-dimensions (3D), as batteries are not two-dimensional devices.

Electrochemical models alone are also insufficient – statistical data science is an integral complement to evaluate the effect of manufacturing and usage variabilities on the battery’s behavior. Outputs of models are only as good as inputs to these models. These inputs are derived from external measurements that reflect certain properties of the battery including electrical measurements (e.g., voltage, current, temperature, frequency…etc.) or other types of measurements.

An easy analogy is weather forecasting. Weather is governed by physics – more specifically thermodynamics. Sophisticated supercomputer models generate representative weather maps on a global scale. But these models depend on inputs derived from an extensive network of global sensors (e.g., temperature, pressure, solar flux…etc.). Weather forecasting fails in the absence of these sensors.

It is the role of battery intelligence paired with analytics to make measurements, convert them into meaningful model inputs and combine them with non-linear physical/electrochemical models. For this to be effective and efficient, specific criteria must be observed.

First, measured inputs must be sufficiently frequent to represent real-life usage. In a battery, this could mean making measurements approximately every second. Second, the measurement instrumentation must be practical and dependable. For example, attaching a bulky and expensive laboratory instrument to the battery is not practical. This is the primary example where science and engineering intersect.

Next, the computational footprint must also be practical and dependable. Attaching a supercomputer to a battery is – unlike weather forecasting – not practical. Naturally, in our modern age of internet connectivity, there is a trend to move computation into the cloud. Depending on the application itself, the cloud may create several difficulties: data measurements become less frequent and slow to collect; data connectivity becomes expensive risking practical limitations; and scalability to a large number of batteries becomes challenging.

This is particularly of importance in electric vehicles. Implementing battery intelligence and analytics in an EV requires efficient models that can run on limited computational hardware, and measurement instrumentation that resides on the vehicle with as little dependence as possible on internet connectivity.