Page View:
Site View (Blog Template):
JUST A SIMPLE INTRODUCTION
WHAT’S THIS mAh?
SOME VERY FIRST, AND OBVIOUS, TIPS
DID YOU SAY DAMAGE TO YOUR BATTERY?
MORE ON DAMAGE AND CYCLE LIFE
LIARS, LIARS AND BATTERY SUPPLIERS
I WANT AN HONEST DAY OF BATTERY USAGE
YOUR BATTERY; YOUR ANXIETY
WHY ARPA-E HAS GOT IT WRONG?
THE BATTERY CONUNDRUM OF MOBILE DEVICE MAKERS
DID YOU KNOW…?
A PEEK INSIDE A LITHIUM ION BATTERY
WHAT IS A BMS?
WHY IS CHARGING WITH CCCV BAD?
WHAT’S THIS STEP CHARGING?
THERE IS NO SUCH THING AS A FREE LUNCH!
MEDIA AND BATTERIES: MANIA OR EDUCATION?
YOUR GUIDE TO SELECTING A MOBILE BATTERY
I WANT MORE BATTERY CAPACITY IN MY SMARTPHONE
WHAT’S THIS FUSS ABOUT CHARGING?
DECIPHERING CLAIMS OF CHARGE TIMES
WHICH SMARTPHONE CHARGES THE FASTEST?
KIDS, DON’T DO THIS AT HOME!
THE BATTERY INDUSTRY IS HITTING THE WALL!
WHAT HAPPENS AFTER 80%?
HOW TEMPERATURE WREAKS HAVOC ON YOUR BATTERY
STANDARD GAMES BATTERY VENDORS PLAY
HOW DOES A FUEL GAUGE WORK?
THE DIFFERENT SHAPES OF A BATTERY…
COST, COST AND COST
A PEEK INSIDE THE BATTERY OF A TESLA MODEL S
ELECTRICAL CHARACTERISTICS DURING CHARGING
THE SCIENCE BEHIND WHY THE BATTERY VENDORS ARE HITTING THE WALL
WHY IS FAST CHARGING SEEMINGLY DIFFICULT? OR IS IT?
I WANT TO CHARGE WITH A SOLAR CELL – OR NOT!
DON’T ALWAYS TRUST YOUR ENGINEERS
CHEATING THE REPORTED CHARGE TIME
WHAT IS QUICK CHARGE 2.0 FROM QUALCOMM?
THE BATTERY SCANDAL OF THE BOEING 787
WHAT ARE THE REAL 0% AND 100% POINTS?
LCO, LFP, NMC… CRYPTIC LIVES OF THE CATHODE
WHY STEP CHARGING IS MISLEADING
ARE LITHIUM ION BATTERIES BECOMING UNSAFE?
YOUR BATTERY IS FINE, YOUR APPS ARE NOT!
LITHIUM IS GOLD
…AND THE SURVEY SAYS:
THINNER IS NOT BETTER
THE LITTLE COMPANIES THAT COULD
THE BATTERY COMPROMISES OF MOBILE DEVICE MAKERS
MOBILE USERS: REBEL AT THE BATTERY COMPROMISES
THE RISE AND FALL OF A123 SYSTEMS
YOUR MOBILE FAST CHARGING OFFICE AT YOUR FINGERTIPS
HOW YOUR BATTERY DETERMINES YOUR PHONE’S FASHION
MOBILE WORLD CONGRESS… WHAT IS THAT?
AT MWC 2015, BATTERIES & DESIGN ARE KINGS
SOLID-STATE THIN-FILM BATTERIES… WHAT ARE THEY?
UNDERSTANDING POWER USAGE IN A SMARTPHONE
SAMSUNG, BE HONEST IN YOUR MARKETING CLAIMS
THE ANATOMY OF AN IPHONE 6
WHAT IS CELL BALANCING?
LIAR, LIAR, PANTS ON ULTRAFIRE
YOUR WATCH BATTERY IS REALLY CHALLENGED
WHY I WILL NOT BUY THE TESLA POWERWALL SOON
ON MOORE’S LAW AND SNAIL’S LAW
ON THE EFFICIENCY OF BATTERY-POWERED VEHICLES
MARY MEEKER AND THE BATTERY
THE INNER SANCTUM OF A BATTERY & FAST CHARGING
AND THE MAGIC NUMBER IS 3K
INSIDE THE BATTERY OF A NISSAN LEAF
REVIVING A DEAD BATTERY, REALLY?
IS THERE ENOUGH LITHIUM?
LET’S TALK ABOUT THE WAIST
LITHIUM PLATING IS IMMENSELY HAZARDOUS
QNOVO QNS and QUALCOMM’S QUICK CHARGE 3.0
LET’S TALK ABOUT ENERGY DENSITY
WOULD 007 DRIVE AN ELECTRIC CAR?
THE FINANCIAL DILEMMA OF BATTERY MANUFACTURERS
THREE DISCOVERIES THAT REVOLUTIONIZED Li+ BATTERIES
CAN I FAST-CHARGE MY TESLA OR EV?
HOVERBOARDS ARE CHALLENGING BATTERY SAFETY
THE RACE FOR AUTONOMOUS ELECTRIC VEHICLES
THE COST COMPONENTS OF A LITHIUM ION BATTERY
THE MEANING OF ADAPTIVE
ADAPTIVITY APPLIED TO LITHIUM ION BATTERIES
WHY CONSUMERS BITCH ABOUT BATTERIES
SONY XPERIA INCORPORATES QNOVO TECHNOLOGY
ELECTRIC VEHICLES STILL NEED EXPENSIVE GAS TO THRIVE
CHARGING THE SAMSUNG GALAXY S7 EDGE
FIVE COMMON MISCONCEPTIONS ABOUT Li+ BATTERIES
CHARGING THE GALAXY S7
CARMAKERS WILL NOT FEAR EVs FOR SEVERAL MORE YEARS
IT’s ABOUT TIME WE DISCUSS SAFETY
WHERE CAN I BUY SOME LITHIUM ?
WHAT IS THE INTEREST IN ENERGY STORAGE?
THE CHANGING NATURE OF THE FUTURE ELECTRIC GRID
BATTERY AGNOSTIC = BATTERY ILLITERATE
YOUR MOBILE DEVICE NEEDS TO SLEEP TOO
WHAT POKEMON & TWITTER HAVE IN COMMON
CONFUSING POWER
THE STATE OF THE LITHIUM ION BATTERY
MAKING SENSE OF 100 KWH
IT’S EASY, BUT NOT RIGHT, TO PICK ON SAMSUNG
THE REAL SCIENCE BEHIND BATTERY SAFETY
THE PERILS OF 4.4 VOLTS
AN INTUITIVE LOOK AT ELECTROCHEMICAL IMPEDANCE SPECTROSCOPY (EIS)
BATTERY SAFETY WITH FAST CHARGING
MANUFACTURING DEFECTS YOU DON’T SEE
CHINA CALLING
TRANSLATING WHAT SAMSUNG SAID ABOUT THE NOTE 7
FOOL’S OVERTURE
THE YEAR THAT ELECTRIC CARS WILL ECLIPSE SMARTPHONES
HOW YOU CHOOSE YOUR SMARTPHONE DRIVES THE BATTERY
WHAT THE LABEL ON A LITHIUM-ION BATTERY MEANS
DEMYSTIFYING CHARGE TIMES
VOLTS THAT WILL ZAP YOUR BATTERY’S LIFE
QNOVO ADAPTIVE CHARGING IN THE LG V30 SMARTPHONE
NEW SMARTPHONES PUSH THE BATTERY LIMITS
THERE WILL BE NO TRUE ELECTRIC VEHICLE MARKET WITHOUT FAST CHARGING
EXPLAINING WHY APPLE MUST SHAMEFULLY THROTTLE OLD iPHONEs
5G = GLOBAL, GREAT, GALVANIZING, GRAVE, GRUELING
SHOULD I CHARGE MY BATTERY TO 100% ?
WE ARE NOT TAKING BATTERY SAFETY SERIOUSLY
WHY IS PHONE BATTERY LIFE GETTING WORSE?
WHAT IS A SOLID STATE BATTERY?
BATTERY HEALTH & SAFETY IN YOUR 5G PHONE
DON’T GAMBLE AWAY THE SAFETY OF YOUR SMARTPHONE AND YOUR BRAND
REINVENTING THE WHEEL
SO YOU WANT TO START A NEW BATTERY COMPANY
COUNTERFEIT BATTERIES
IMAGINE YOUR LIFE WITHOUT A BATTERY !
ELECTRIFYING EVERYTHING IN THE 2020s
WHY DOES THE PORSCHE TAYCAN USE 800-V BATTERY PACKS?
BATTERY SAFETY & LONGEVITY: 4 RECOMMENDATIONS RIGHT NOW
WHAT WE LEARNED FROM 100M SMARTPHONES
ENERGY DENSITY: GETTING TO LONGER DRIVING RANGES
BATTERY MANAGEMENT IS DISRUPTING THE VALUE CHAIN IN ELECTRIC VEHICLES — PART 1
BATTERY MANAGEMENT IS DISRUPTING THE VALUE CHAIN IN ELECTRIC VEHICLES: THE CHANGING SUPPLY CHAIN — PART 2
BATTERY SAFETY IS THE ELEPHANT IN THE ROOM…MAKE IT A FRONT-AND-CENTER PRIORITY
THE SUN WILL RISE FROM THE WEST: PREDICTIONS FOR 2022
LIAR, LIAR, BATTERY SUPPLIER! REALLY?
THE ROLE OF BATTERY ANALYTICS – PART I
« Previous
Next »
May 31, 2016

WHERE CAN I BUY SOME LITHIUM ? 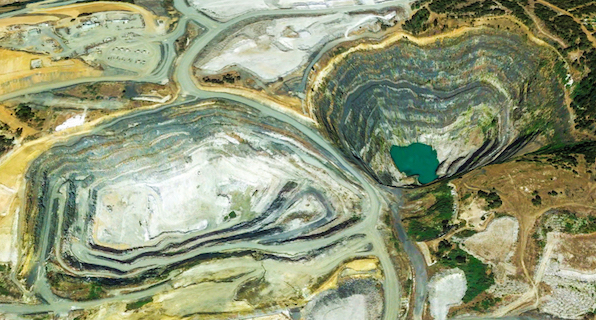 Every so often, I hear at a dinner gathering the question: “Is there enough lithium?” I have already covered this question in a previous post. The answer is YES. However, an abundance of a resource in the earth’s crust does not mean that its economics will always be favorable. These depend on several factors, in particular the balance or lack thereof between supply and demand.

We know demand is rising. Batteries in consumer devices, electric vehicles, energy storage….But what about the supply? how is lithium mined? where is it mined? which countries or corporations control this supply chain? …etc. Let’s explore.

Let’s start with some basics. Lithium is a metal. With an atomic number of 3, it sits right below hydrogen in the first column of the periodic table. That means it is a very light metal. Also, it means it is an alkali metal, and as such, it is highly reactive and flammable. Lithium is not found in nature in its purest metal form. Instead, it is found in various types of deposits; the most common lithium ores are spodumene and petalite minerals (mined as pegmatite rocks), as well as lithium brine deposits that are essentially underground saline water enriched with dissolved lithium.

Spodumene is a lithium aluminum silicate, with the chemical formula LiAlSi2O6. In its simplest form, it is a yellow or brownish crystal but spodumene includes two gem varieties that are more precious: the pink Kunzite and the rarer green Hiddenite. Petalite, with the chemical formula LiAlSi4O10, often occurs alongside spodumene, though the latter has a higher Li2O content and is considered the more important ore.

Spodumene is found in low concentrations in pegmatite rock deposits (these are rocks, like granite, that formed millions of years ago in the final stages of the crystallization of magma as it cooled down). Spodumene mines follow traditional drill-and-blast methods that expose unweathered zones of the pegmatite rock ore. The spodumene ores containing about 3 to 5% Li2O  are then processed in neighboring plants into high-grade lithium sludge-like concentrates that are then crated for shipment. This is what a refinement or a conversion plant receives for further processing into the final product, either lithium carbonate or lithium hydroxide. The latter is typically used in the manufacture of batteries using NCA or NCM cathodes (like the ones used in the Tesla electric vehicles) whereas lithium carbonate is the preferred material for batteries with LFP cathodes (widely used in China) or LCO cathodes (the typical cathode material in consumer applications). This older post reviews the different types of common cathode materials used in lithium-ion batteries.

Lithium brine deposits are processed in different and far less expensive ways. Much like salt ponds used to make table salt, the brine, often holding a concentration of 200 to 1,400 mg per liter of lithium, is pumped to the surface and stored in a succession of ponds where evaporation results in a higher concentration of lithium salt. This drying process can last 9 to 12 months and yields the required 1 to 2% concentrate of lithium. This is then further refined at chemical plants into the final product, again lithium carbonate or lithium hydroxide. A lithium brine field might require $150-$300 million in capital expenditures, whereas a spodumene mine could easily require 5 to 10 times that amount. But as we will see below, there are advantages to spodumene mines.

The primary mines for spodumene are in Western Australia with the Greenbushes mine being one of the largest. Africa also boasts of additional mines with the Manono-Kitolo mine in the Democratic Republic of Congo being a notable one. There are also known deposits in the US, Canada, Europe (e.g., Austria, Serbia, Russia) either still unmined or in small mining operations. In contrast, brine deposits are largely concentrated in South America, with the Uyuni field in Bolivia and the Atacama field in Chile containing enormous reserves. The provinces of Catamarca, Salta and Jujuy in Argentina also hold significant reserves. The USGS reports that Australian and Chilean mines each produced in 2015 a total of 13,400 and 11,700 metric tons, respectively, accounting for 77% of the world’s production of lithium. An interesting tidbit: The United States government, through its Defense Logistics Agency Strategic Material, held in 2015 a strategic reserve of 150 kg of LCO and 540 kg of NCA battery cathode materials.

Companies mining for lithium have seen their fortunes rise in the past 10 years. In Chile, anecdotally called the Saudi Arabia of lithium, Sociedad Quimica y Minera (SQM) is the largest lithium mining company in the world. It just formed a new joint venture with Western Lithium and Lithium Americas, two smaller US operations. In the US, FMC Corp. and Abermale  Corp. (through its acquisition of Rockwood Lithium) are two large players. In Australia, Talison Lithium is very prominent. These four companies account for about 55% of the world market of lithium, with Chinese chemical companies, such as Ganfeng Lithium and Tianqi,  accounting for an additional 45%.

Given the rising demand for lithium, it is not surprising that the four major Western suppliers all announced significant expansions in their production of lithium carbonate and hydroxide. But as supply tries to keep up with demand, spot prices of lithium ore have hit a near high price in excess of $600 per tonne, up from a long term average near $400 per tonne. Goldman Sachs estimates that these prices translate to a spot-market product price of $20 per kg for lithium hydroxide up from the average $9 per kg that Korean and Japanese battery makers were typically paying. As supply and demand balance out in the coming years, lithium hydroxide pricing will return to more normal levels, but these normal levels could easily be above $10 per kg. In other words, lithium is getting more expensive — but one thing is very likely, as lithium gets more expensive, batteries continue to get commoditized placing serious financial pressures on battery manufacturers.

If you are an investor, however, looking for a pure lithium play, you are a little out of luck. That is because many of the mining companies tend to be diversified chemical conglomerates, and lithium, as a commodity, still does not have futures contracts or swaps, leaving equities as the only play.