Page View:
Site View (Blog Template):
JUST A SIMPLE INTRODUCTION
WHAT’S THIS mAh?
SOME VERY FIRST, AND OBVIOUS, TIPS
DID YOU SAY DAMAGE TO YOUR BATTERY?
MORE ON DAMAGE AND CYCLE LIFE
LIARS, LIARS AND BATTERY SUPPLIERS
I WANT AN HONEST DAY OF BATTERY USAGE
YOUR BATTERY; YOUR ANXIETY
WHY ARPA-E HAS GOT IT WRONG?
THE BATTERY CONUNDRUM OF MOBILE DEVICE MAKERS
DID YOU KNOW…?
A PEEK INSIDE A LITHIUM ION BATTERY
WHAT IS A BMS?
WHY IS CHARGING WITH CCCV BAD?
WHAT’S THIS STEP CHARGING?
THERE IS NO SUCH THING AS A FREE LUNCH!
MEDIA AND BATTERIES: MANIA OR EDUCATION?
YOUR GUIDE TO SELECTING A MOBILE BATTERY
I WANT MORE BATTERY CAPACITY IN MY SMARTPHONE
WHAT’S THIS FUSS ABOUT CHARGING?
DECIPHERING CLAIMS OF CHARGE TIMES
WHICH SMARTPHONE CHARGES THE FASTEST?
KIDS, DON’T DO THIS AT HOME!
THE BATTERY INDUSTRY IS HITTING THE WALL!
WHAT HAPPENS AFTER 80%?
HOW TEMPERATURE WREAKS HAVOC ON YOUR BATTERY
STANDARD GAMES BATTERY VENDORS PLAY
HOW DOES A FUEL GAUGE WORK?
THE DIFFERENT SHAPES OF A BATTERY…
COST, COST AND COST
A PEEK INSIDE THE BATTERY OF A TESLA MODEL S
ELECTRICAL CHARACTERISTICS DURING CHARGING
THE SCIENCE BEHIND WHY THE BATTERY VENDORS ARE HITTING THE WALL
WHY IS FAST CHARGING SEEMINGLY DIFFICULT? OR IS IT?
I WANT TO CHARGE WITH A SOLAR CELL – OR NOT!
DON’T ALWAYS TRUST YOUR ENGINEERS
CHEATING THE REPORTED CHARGE TIME
WHAT IS QUICK CHARGE 2.0 FROM QUALCOMM?
THE BATTERY SCANDAL OF THE BOEING 787
WHAT ARE THE REAL 0% AND 100% POINTS?
LCO, LFP, NMC… CRYPTIC LIVES OF THE CATHODE
WHY STEP CHARGING IS MISLEADING
ARE LITHIUM ION BATTERIES BECOMING UNSAFE?
YOUR BATTERY IS FINE, YOUR APPS ARE NOT!
LITHIUM IS GOLD
…AND THE SURVEY SAYS:
THINNER IS NOT BETTER
THE LITTLE COMPANIES THAT COULD
THE BATTERY COMPROMISES OF MOBILE DEVICE MAKERS
MOBILE USERS: REBEL AT THE BATTERY COMPROMISES
THE RISE AND FALL OF A123 SYSTEMS
YOUR MOBILE FAST CHARGING OFFICE AT YOUR FINGERTIPS
HOW YOUR BATTERY DETERMINES YOUR PHONE’S FASHION
MOBILE WORLD CONGRESS… WHAT IS THAT?
AT MWC 2015, BATTERIES & DESIGN ARE KINGS
SOLID-STATE THIN-FILM BATTERIES… WHAT ARE THEY?
UNDERSTANDING POWER USAGE IN A SMARTPHONE
SAMSUNG, BE HONEST IN YOUR MARKETING CLAIMS
THE ANATOMY OF AN IPHONE 6
WHAT IS CELL BALANCING?
LIAR, LIAR, PANTS ON ULTRAFIRE
YOUR WATCH BATTERY IS REALLY CHALLENGED
WHY I WILL NOT BUY THE TESLA POWERWALL SOON
ON MOORE’S LAW AND SNAIL’S LAW
ON THE EFFICIENCY OF BATTERY-POWERED VEHICLES
MARY MEEKER AND THE BATTERY
THE INNER SANCTUM OF A BATTERY & FAST CHARGING
AND THE MAGIC NUMBER IS 3K
INSIDE THE BATTERY OF A NISSAN LEAF
REVIVING A DEAD BATTERY, REALLY?
IS THERE ENOUGH LITHIUM?
LET’S TALK ABOUT THE WAIST
LITHIUM PLATING IS IMMENSELY HAZARDOUS
QNOVO QNS and QUALCOMM’S QUICK CHARGE 3.0
LET’S TALK ABOUT ENERGY DENSITY
WOULD 007 DRIVE AN ELECTRIC CAR?
THE FINANCIAL DILEMMA OF BATTERY MANUFACTURERS
THREE DISCOVERIES THAT REVOLUTIONIZED Li+ BATTERIES
CAN I FAST-CHARGE MY TESLA OR EV?
HOVERBOARDS ARE CHALLENGING BATTERY SAFETY
THE RACE FOR AUTONOMOUS ELECTRIC VEHICLES
THE COST COMPONENTS OF A LITHIUM ION BATTERY
THE MEANING OF ADAPTIVE
ADAPTIVITY APPLIED TO LITHIUM ION BATTERIES
WHY CONSUMERS BITCH ABOUT BATTERIES
SONY XPERIA INCORPORATES QNOVO TECHNOLOGY
ELECTRIC VEHICLES STILL NEED EXPENSIVE GAS TO THRIVE
CHARGING THE SAMSUNG GALAXY S7 EDGE
FIVE COMMON MISCONCEPTIONS ABOUT Li+ BATTERIES
CHARGING THE GALAXY S7
CARMAKERS WILL NOT FEAR EVs FOR SEVERAL MORE YEARS
IT’s ABOUT TIME WE DISCUSS SAFETY
WHERE CAN I BUY SOME LITHIUM ?
WHAT IS THE INTEREST IN ENERGY STORAGE?
THE CHANGING NATURE OF THE FUTURE ELECTRIC GRID
BATTERY AGNOSTIC = BATTERY ILLITERATE
YOUR MOBILE DEVICE NEEDS TO SLEEP TOO
WHAT POKEMON & TWITTER HAVE IN COMMON
CONFUSING POWER
THE STATE OF THE LITHIUM ION BATTERY
MAKING SENSE OF 100 KWH
IT’S EASY, BUT NOT RIGHT, TO PICK ON SAMSUNG
THE REAL SCIENCE BEHIND BATTERY SAFETY
THE PERILS OF 4.4 VOLTS
AN INTUITIVE LOOK AT ELECTROCHEMICAL IMPEDANCE SPECTROSCOPY (EIS)
BATTERY SAFETY WITH FAST CHARGING
MANUFACTURING DEFECTS YOU DON’T SEE
CHINA CALLING
TRANSLATING WHAT SAMSUNG SAID ABOUT THE NOTE 7
FOOL’S OVERTURE
THE YEAR THAT ELECTRIC CARS WILL ECLIPSE SMARTPHONES
HOW YOU CHOOSE YOUR SMARTPHONE DRIVES THE BATTERY
WHAT THE LABEL ON A LITHIUM-ION BATTERY MEANS
DEMYSTIFYING CHARGE TIMES
VOLTS THAT WILL ZAP YOUR BATTERY’S LIFE
QNOVO ADAPTIVE CHARGING IN THE LG V30 SMARTPHONE
NEW SMARTPHONES PUSH THE BATTERY LIMITS
THERE WILL BE NO TRUE ELECTRIC VEHICLE MARKET WITHOUT FAST CHARGING
EXPLAINING WHY APPLE MUST SHAMEFULLY THROTTLE OLD iPHONEs
5G = GLOBAL, GREAT, GALVANIZING, GRAVE, GRUELING
SHOULD I CHARGE MY BATTERY TO 100% ?
WE ARE NOT TAKING BATTERY SAFETY SERIOUSLY
WHY IS PHONE BATTERY LIFE GETTING WORSE?
WHAT IS A SOLID STATE BATTERY?
BATTERY HEALTH & SAFETY IN YOUR 5G PHONE
DON’T GAMBLE AWAY THE SAFETY OF YOUR SMARTPHONE AND YOUR BRAND
REINVENTING THE WHEEL
SO YOU WANT TO START A NEW BATTERY COMPANY
COUNTERFEIT BATTERIES
IMAGINE YOUR LIFE WITHOUT A BATTERY !
ELECTRIFYING EVERYTHING IN THE 2020s
WHY DOES THE PORSCHE TAYCAN USE 800-V BATTERY PACKS?
BATTERY SAFETY & LONGEVITY: 4 RECOMMENDATIONS RIGHT NOW
WHAT WE LEARNED FROM 100M SMARTPHONES
ENERGY DENSITY: GETTING TO LONGER DRIVING RANGES
BATTERY MANAGEMENT IS DISRUPTING THE VALUE CHAIN IN ELECTRIC VEHICLES — PART 1
BATTERY MANAGEMENT IS DISRUPTING THE VALUE CHAIN IN ELECTRIC VEHICLES: THE CHANGING SUPPLY CHAIN — PART 2
BATTERY SAFETY IS THE ELEPHANT IN THE ROOM…MAKE IT A FRONT-AND-CENTER PRIORITY
THE SUN WILL RISE FROM THE WEST: PREDICTIONS FOR 2022
LIAR, LIAR, BATTERY SUPPLIER! REALLY?
THE ROLE OF BATTERY ANALYTICS – PART I
THE ROLE OF BATTERY ANALYTICS – PART II
WHY IS FUEL GAUGING DIFFICULT IN LiFePO4 (LFP) BATTERIES?
2023 PREDICTION: THE YEAR OF BATTERY SOFTWARE
« Previous
Next »
January 3, 2023

2023 PREDICTION: THE YEAR OF BATTERY SOFTWARE 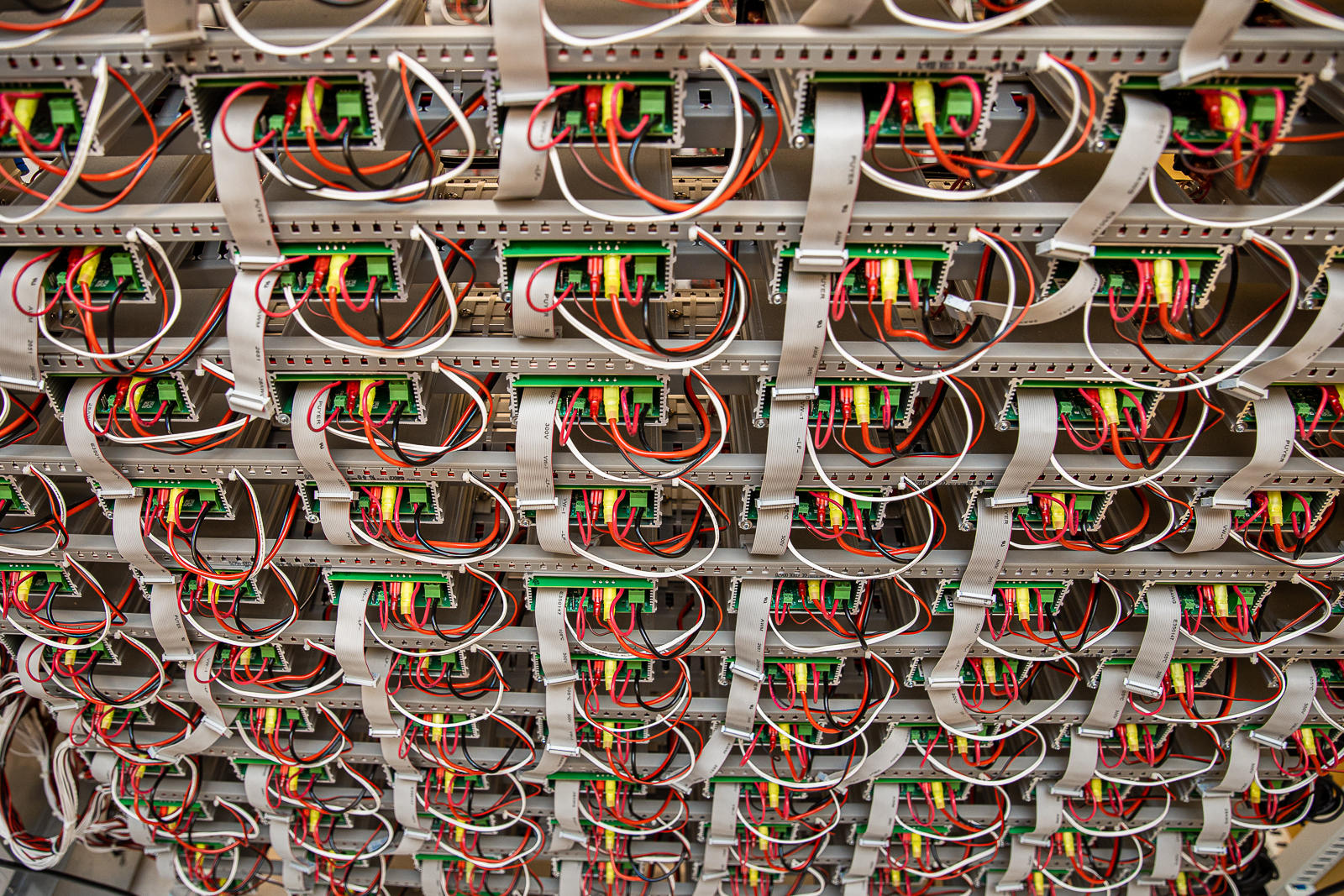 My graduate research at Stanford covered nanometer-scale technologies for silicon integrated circuits (ICs), at a time when micron-scale was state of the art. It was a precursor to the technologies we take for granted today to run our smartphones and computers.

Upon my graduation, the nearly-unanimous advice I received was to abandon a career in silicon ICs and, instead, complete post-doctoral research in Japan. Silicon Valley, I was told, was moving east. Semiconductors made of materials from groups III-V were displacing silicon as the new material of the future. Nothing was more terrifying to a new graduate.

Yet, as 2022 comes to an end, the geopolitical fight is over who gets to control the next nanometer-scale silicon fabrication facilities. This is not to say that III-V semiconductors were a failure. Au contraire, III-V devices are at the core of lasers, RF-circuitry and high-power devices. These are important markets and applications, yet silicon remains the undisputed king of computation.

How did that happen? What did the expert pundits of that era miss? What can we learn in making predictions for the future?

It is true that III-V materials have superior properties compared to silicon. But silicon had two advantages:

There are many parallels between the battery and semiconductor industries, and, thus, lessons to be learned for the future. Incumbent lithium-ion battery manufacturers are scaling manufacturing at an unprecedented pace. Battery manufacturing output will grow 20X in this decade, from 265 GWh in 2020 to nearly 5,000 GWh in 2030. The cost of manufacturing lithium-ion batteries has dropped exponentially from $1,200 /kWh in 2010 to about $100 /kWh in 2022, and will continue its decline over the coming decade.

This brings me to my prediction for 2023: Software will increasingly become key to advance the state of the battery, in similar ways software brought computation to the fingertips of every human being.

What can software do?

Software can significantly expand the performance envelope of lithium-ion batteries. Take, for example, driving range. Software can add about 10% to the accessible energy in a battery, thereby increasing the vehicle driving range by the same proportion. For calibration, 10% is the equivalent of two generations of batteries!

As we look into a future of batteries everywhere (in your car, in your home, in the grid), software is the only tool that will manage the optimal flow of energy between these nodes. It will manage the batteries in fleets of electrical vehicles and commercial trucks. Software will ensure that your vehicle battery will not degrade abnormally if you use it to power your home (what is known as vehicle-to-grid, or V2G). It will also guarantee that your battery warranty will be good for many years, on and off the road. Software will be the backbone to the charging infrastructure so you don’t fret the next charging stop.

Storing energy was always a technology priority for past civilizations. Early humans mustered thermal energy by controlling fire. Romans were the first to store and distribute water to control hydraulic potential energy (e.g., turning wheels). In the industrial revolution, combustible fuels became ubiquitous – and as we know now, at a significant cost to the environment. In more recent history, we learned to store even bigger amounts of water in dams to power electric turbines. The sustainable storage of electrical energy is the next technology frontier: the battery is its gate, and software is its key.

Nadim Maluf is an engineer, entrepreneur, and disruptive technologist who is reinventing the foundations of energy storage and mobility. He is the Co-founder and CEO at Qnovo, a battery intelligence software company engineering better experiences and products for a more resilient future.